We are glad to announce...

We are glad to announce that our film Hi, AI won the Grand Prix of the XIVth International Science and Educational Film Festival “The World of Knowledge” in St. Petersburg! 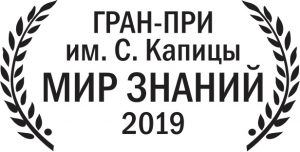 Hi, AI celebrates its Dutch premiere at the IDFA – International Documentary Film Festival in Amsterdam in the section “Best of Fests”. The main focus of this section is the following: Striking documentary films from the international festival circuit are central to Best of Fests. The program showcases the prize-winners, public favorites, and high-profile titles from the past year. We are looking forward to Amsterdam in November!

Visit Hi, AI at the IDFA:

In addition, Hi, AI ran/runs at these festivals:

Get your tickets for March 26/28/30 and more information: here

"This is a sensitive and...

“This is a sensitive and intelligent film that conveys a strong cinematic and aesthetic vision. Dreamlike and at the same time with a certain distance, this film tells its story in clearly composed, tableau-like images. The delicate film music plays on the film’s exhilarating subject in a fascinating and unsettling manner. Edited densely and alluringly, the spectator following the portrayed relationships of the protagonists, at first not without a certain lust of sensations, soon discovers deeply human traits in the new artificial lifeforms. “Unpredictable, emotional, shy, intelligent, sexy” – Chuck can chose from those character traits how the almost perfect robot-lady Harmony will react, but if she can ever be the perfect partner of the future world stays open. Excitedly, we are awaiting new developments. The film draws up ambivalent visions, but induces a playful, empathetic perspective, making its audience smile again and again. We warmly congratulate the whole team.”